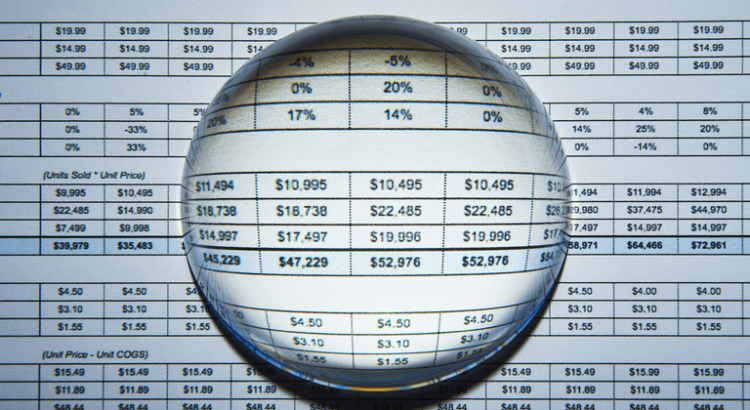 Recent updates to the Office 365 suite of software products have brought a plethora of new features both new and long awaited by users. Updates to Word, PowerPoint, Outlook and Excel are bringing changes that impact both functionally and user experience that are sure to please avid users of the software package.

Those familiar with any form of data management or analysis know just how useful the INDEX MATCH and VLOOKUP formulas can be. The downside is that both these functions have limitations that can make using them a hassle, requiring complex formulas, re-sorting, or even restructuring of the data set to work properly.

The new XLOOKUP formula fills the gap between INDEX MATCH and VLOOKUP, offering the added functionality of being able to reference data located in any column or worksheet irrelevant of where the source lookup value is located. With the freedom to reference data from any direction, this is going to save users time and effort as well as reduce the processing overhead for quicker calculation.

For more information on the XLOOKUP and other new features then take a look at: XLOOKUP in Excel and the latest from the Microsoft Office 365 update by The Excel Experts UK.

Soon, users of Office 365’s Word, Excel and PowerPoint will get access to Sketched Shapes, a feature that transforms smooth drawings, shapes and schematics into a “hand-drawn” version of itself. A feature that may benefit product designers, drawers or engineers.

The web-based version of PowerPoint is due to receive new features for Font manipulation, with access to superscript, subscript, and letter case changing straight from the browser. Long standing features of the PowerPoint desktop app, this update brings the web client in line with its desktop counterpart.

Yammer updates for Android and IOS, UI and enhanced encryption

Companies using Yammer for team communications will see changes to the feed and conversation UI, with improved visibility and added user data including Seen Counts for see how many users have read the post.

A simple feature that reduces eye strain, Dark Mode is making its way to the desktop version of Office 365 as well as Outlook mobile. Laptop and mobile users will be happy to know it also increases battery life.

Enhancements to OneNote and Outlook with iPad and Mac

For Mac and iPad users, OneNote is receiving an update that allows users to insert shapes, lines, and graphs into their notes. Additionally, they’ll be able to add meeting details in Outlook to OneNote.