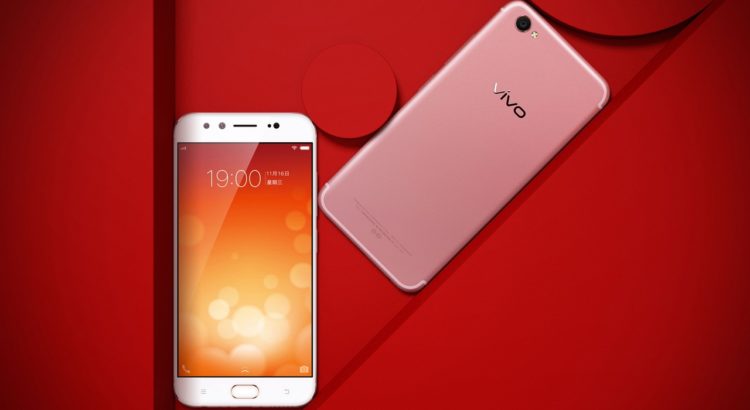 Vivo, a Chinese electronics company, based in Dongguan, China, was founded in 2009. Vivo is yet another Chinese smartphone manufacturer to have entered in Indian Market. It was not long ago in 2014 when Vivo phones were introduced in the Indian market. They have been a huge hit since then. Vivo has been manufacturing affordable phones in a low and mid-range which attracts a huge customer base. One of the major USP of Vivo smartphones is their creative streak. They constantly keep on inventing the new technology. Hence those users who want to change with the change of technology and love to be with the latest one would love to go for this device.

In 2012 Vivo came up with X1, which was the first smartphone with a Hi-Fi chip which offered impeccable audio experience. Since then the technology has been involved in all the smartphones introduced by Vivo. Vivo phones have always been known for introducing state-of-the-art technology in its smartphones. Be it the music system or camera, software or sleek body, Vivo never fails to amaze its customers.  Faster Fingerprint Unlocking System was their latest feature which was introduced in 2016 with Vivo V3.

This time across too, Vivo is all set to introduce its brand new handset taking ahead the legacy of its x series. The brand is ready to launch Vivo x9 Plus in April 2017 in the Indian market.

Let’s have a glance at the features and dynamics of Vivo X9 Plus:

The Vivo X9 Plus gives a pleasant surprise with a comparatively big screen. It comes with a 5.8-inch screen with 74.5% screen to body ratio. The phone is enabled with an IPS LCD capacitative touch screen with 16M colours. Vivo X9 The Plus has a screen resolution of 1080 x 1920 pixels with 375 PPI pixel densities. Those who love to have better clarity of pictures surely don’t get disappointed with this phone.

The device offers multi-touch sensors along with Dual SIM facility. The dimensions of the phone include 162 x 79 x 7.5 mm i.e. 6.38 x 3.11 x 0.30 inches. The phone approximately weighs around 199 grams i.e. 7.02 oz. It is available in 3 attractive colours of Black, Rose Gold and Gold. So, if there are some smartphone lovers who love to go for models with a different colour, this beautiful phone can be a perfect choice.

Having an excellent camera is quintessential for any smartphone. With the passage of time, the amazing cameras of smartphones have eliminated the need for Digicams. Like all other phones from the Vivo house, the Vivo X9 Plus is enabled with an excellent camera. The phone has a 16 MP f/ 2.0 primary camera which is rare to find in phones of mid-range.

However, the front camera of the Vivo X9 Plus is the surprise element of the device. The phone is supported by a dual front camera with whopping 20 MP + 8 MP f/2.0, 1/ 2.8” sensor size with 1080 pixels for better picture quality. Other features of the camera include geo-tagging, phase detection autofocus, Panorama, HDR and face detection.  Hence it can be rightly described as one of the quality devices with the amazing image capturing feature.

The smartphone runs on Android version 6.0.1 Marshmallow. The chipset of the phone consists of Qualcomm MSM8976 Snapdragon 653. The device works on Octa-core processor (1.95 GHz, Quad Core + 1.44 GHz, Quad core). The device is supported by a 6 GB RAM which enables efficient functioning of the device. Those who love to carry out tasks on various applications at the same time can easily do so on this device.

Some of the other features of Vivo X9 Plus consist of sensors such as a fingerprint (front mounted), accelerometer, compass and proximity sensor.

Storage is one of the pre-requisites of any smartphone. With all those amazing images and apps in our phones, we need ample storage capacity. The phone stands true to the expectations and offers 128 GB of Internal memory with a 6 GB RAM. This is one of the revolutionary phones of its segment with good storage capacity. However, the phone memory can’t be expanded further which should not be an issue with ample internal storage already available.

The Vivo X9 Plus comes with a non-Removable 4000 mAh Li-Ion battery. One of the major USP is the battery is the fast charging which saves time.So, for the users, who have a complaint with smartphone batteries, it is really a helpful device.

The smartphone works on GSM/ EVDO/ HSPA/ LTE network. The connectivity options on the phone include Wi-Fi, Wi-Fi- Direct, Hotspot, Bluetooth, GPS, Radio and micro USB host. The phone is enabled with a loudspeaker and 3.5 mm jack.

The exact price of the Vivo X9 Plusis not available as of now, but the device is said to be tentatively priced around 30000.

It would not be an exaggeration to say that Vivo has registered its presence in the Indian market in a short span with its amazing yet affordable smartphones. Vivo has successfully given tough competition to other brands in its segment. The Vivo X9 Plus ix expected to launch on April 10th, and only then one will get to know about the exact performance of the phone. But nonetheless X9 Plus definitely looks a promising phone.

Also, this device is one of the first phones from Vivo to have tapped the mid-high range. Since the phone is expected to be priced somewhere around 30000, it would be interesting to see the competition it offers to other phones in that segment, especially Samsung Galaxy smartphones.